Glad you are getting things figured out.

There are several guys back then, working from 38rs. I believe powerstrokecowboy is referencing "charles", specifically.
Click to expand...

Indeed I was.
S

Reed from work turbo is shipping me out a new compressor wheel tomorrow so that's handled. Now for the second issue, the gate is opening early and im not really sure why. Like I said it had 26lbs of spring in it and is fed full boost to the dome so theoretically it shouldn't open at all.

Is the exhaust side ok? How about bearings?

For what it's worth, I have seen comp wheels look that bad and still build boost just fine.

Is there a chance the line going r9nthe wastgate is plugged?
S

The exhaust side and bearings are fine, nothing wrong there thank goodness. I do have a theory though and correct me if I'm wrong but I'm only pulling ebp from the passenger bank and it makes ebp sooner than it makes boost so if I'm seeing 10psi ebp (on the one bank) then the gate is seeing a combined total of 20psi and opening, or am I just reaching at this point? My idea is to install the 1.10ar housing that I have and see if maybe I can get some flow through that turbine and reduce ebp long enough to start building boost and get some dome pressure on that gate. The more I think about it the more I'm leaning toward the gate opening before there is any boost to keep it closed. Also I'm aware that the turbo requires a load to spool so I still feel like the 4.30 gears with the stock stall converter isn't allowing the engine to see enough load to effectively spool the turbos, however that still doesn't explain the lag when the converter is locked.
Last edited: Apr 21, 2022

The BP will not double in psinas they meet at the gate. If both sides are ten psi then all the gate will see is psi. But, the size of the valve will affect how much force that 10 psi puts on the valve.

If the valve equals one square inch, it will see 10 psi. If it is two square inches then It will see 20 pounds of force and so in.

Just for curiosity sake, how much boost can you build just sitting in park and reving it? Let's say rev it up to around 3000 to 3200 and hold it there. What doesnot show for boost.
S

The gate is a 45mm so like 1.77". Also what you're saying about the surface area of the gate makes a lot of sense. As far as how much boost it makes in park revving to 3k I have no idea, I can find out but it's going to be several days before it's all back together again. Reed shipped out that compressor wheel today so I should have it Monday. In the meantime I'm going to pull the up pipes and check the bellows to see if maybe one is cracked, I don't think they are but they're the older style irate t4 up pipes with the weaker bellows.

Strokinbronco said:
The gate is a 45mm so like 1.77". Also what you're saying about the surface area of the gate makes a lot of sense. As far as how much boost it makes in park revving to 3k I have no idea, I can find out but it's going to be several days before it's all back together again. Reed shipped out that compressor wheel today so I should have it Monday. In the meantime I'm going to pull the up pipes and check the bellows to see if maybe one is cracked, I don't think they are but they're the older style irate t4 up pipes with the weaker bellows.
Click to expand...

Ok. I do hope you get it figured out. That's a sweet setup you got. And it should spool great! Wish I could see it in person and get a ride in it as well.

1.77 would be about 2.4 square inches so that would be 24 pounds of pressure with 10psi of back pressure.

It's always been a fun truck to drive, even when it just had a set of 180/100 and a single 369. I'm pretty impressed though because even with the issues it's having its still incredibly powerful! I can only imagine how powerful it'll be when it's running right

Is the seat for the wastegate installed?
S

Jonnydime said:
Is the seat for the wastegate installed?
Click to expand...

Any updates? Is the s369 back together? 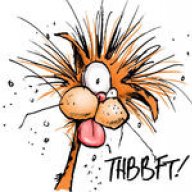 All you need is a new compressor wheel? Damage was just on inducer not on the exducer?
S

The 369 is back together, Reed @ work turbo sent me over an original borg warner fmw for it. As of now the truck still isn't back together, I'm changing up a few things while it's apart starting with the t4 mount. I like the idp mount that was in it but I feel like there's some improvements that can be made to help flow, I see a few bottlenecks that can be smoothed out as well as higher quality bellows. I just got my shipment of tube in from stainless bros so I'll start mocking things up this weekend. I'm also putting the 1.10ar housing on the turbo and pulling the gate out of it, if I run into drive pressure issues I'll put 2 smaller gates in with one on each bank to keep them separate. I also just got the install kit in to put the 3.55s back in the rear end to help get some load on the engine quicker. I hear that you can run a Ford 9in crush sleeve eliminator in the 10.25 so I ordered one and it will be here Monday. I know I probably should have narrowed down the issue one step at a time but I wanted to get it all done while the truck was apart vs taking it down multiple times.

So the waiting game It is. I agree, the ideal thing is to change one thing at a time when your dealing with a problem.

But understand wanting to deal with everything at the same time.
S

I got the mount mocked up today, was hoping to have it finished but unfortunately I'm out of argon so I'll have to wait until tomorrow to burn it in. 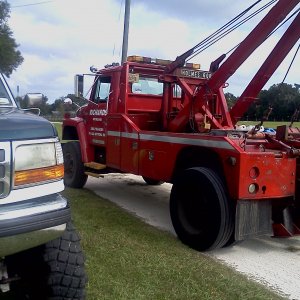 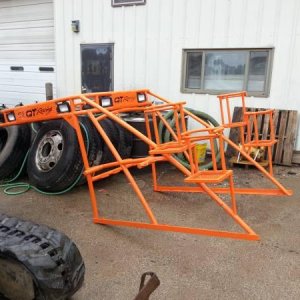 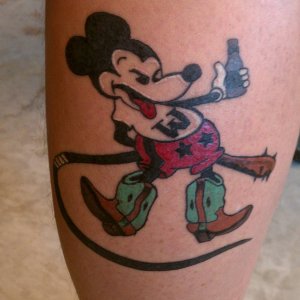 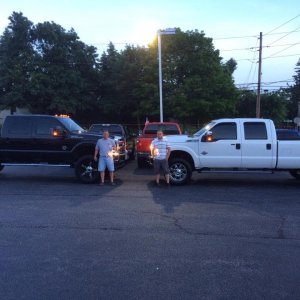 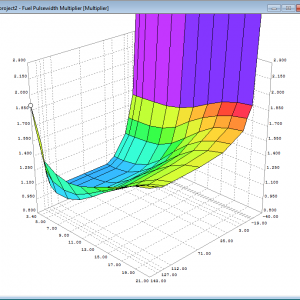 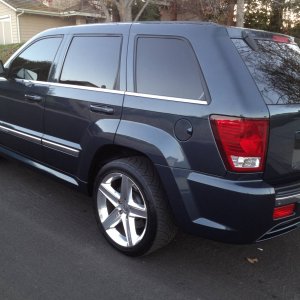 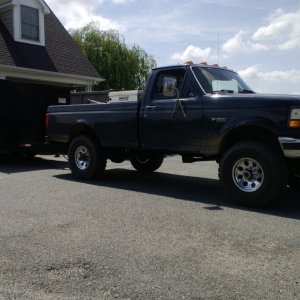 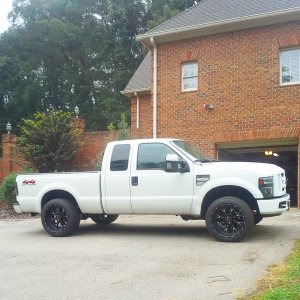 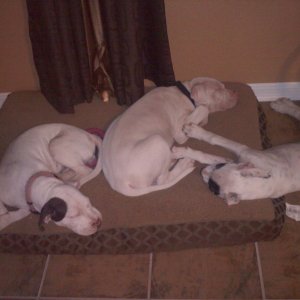 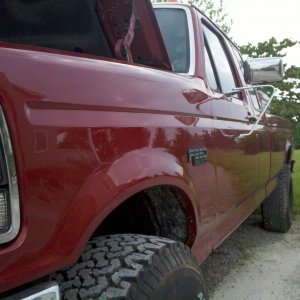 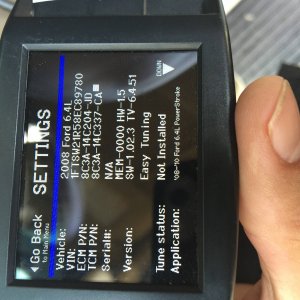 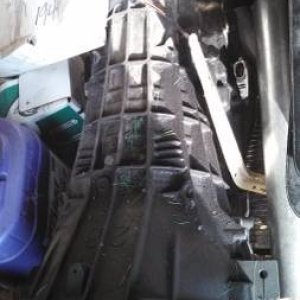